New York, New York--(Newsfile Corp. - April 18, 2020) - Faruqi & Faruqi, LLP, a leading national securities law firm, reminds investors in Anadarko Petroleum Corporation (NYSE: APC) ("Anadarko" or the "Company") of the April 20, 2020 deadline to seek the role of lead plaintiff in a federal securities class action that has been filed against the Company. The Company is now a wholly-owned subsidiary of Occidental Petroleum Corporation (NYSE: OXY). 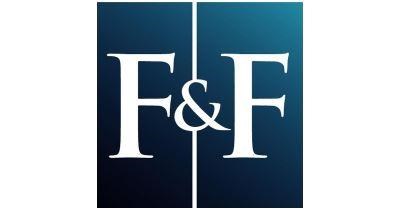 If you invested in Anadarko stock or options between February 20, 2015 and May 2, 2017 and would like to discuss your legal rights, click here:www.faruqilaw.com/APC. There is no cost or obligation to you.

The lawsuit has been filed in the U.S. District Court for the Southern District of Texas on behalf of all those who purchased Anadarko common stock between February 20, 2015 and May 2, 2017 (the "Class Period"). The case, Georgia Firefighters' Pension Fund v. Anadarko Petroleum Corporation et al, No. 20-cv-00576 was filed on February 19, 2020, and has been assigned to Judge Nancy F. Atlas.

In 2009, Anadarko discovered the "Shenandoah" oil field in the Gulf of Mexico. The Company spent the following eight years appraising the field. During that time, including throughout the Class Period, Defendants made repeated positive representations about the prospects and value of the Shenandoah assets.

On May 2, 2017, however, Anadarko reported quarterly financial results in which it recorded a $467 million impairment charge and expensed $435 million in suspended exploratory well costs related to the Shenandoah project. Critically, the Company admitted that it was suspending the appraisal process due to poor results.

The court-appointed lead plaintiff is the investor with the largest financial interest in the relief sought by the class who is adequate and typical of class members who directs and oversees the litigation on behalf of the putative class. Any member of the putative class may move the Court to serve as lead plaintiff through counsel of their choice, or may choose to do nothing and remain an absent class member. Your ability to share in any recovery is not affected by the decision to serve as a lead plaintiff or not.

Faruqi & Faruqi, LLP also encourages anyone with information regarding Anadarko's conduct to contact the firm, including whistleblowers, former employees, shareholders and others.

Attorney Advertising. The law firm responsible for this advertisement is Faruqi & Faruqi, LLP (www.faruqilaw.com). Prior results do not guarantee or predict a similar outcome with respect to any future matter. We welcome the opportunity to discuss your particular case. All communications will be treated in a confidential manner.

To view the source version of this press release, please visit https://www.newsfilecorp.com/release/54584

Options are not suitable for all investors as the special risks inherent to options trading may expose investors to potentially rapid and substantial losses.
Please read Characteristics and Risks of Standard Options before investing in options.

Information and news provided by ,, , Computrade Systems, Inc., , and